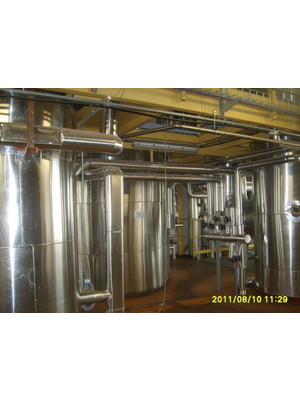 The project design featured a series of measures to restore operations after a significant fire damage.

It wasan assessment of residual resistance of structures damaged by fire. Damaged profiles and floors were replaced, part of the perimeter wall was pulled down and re-walled. To store the new distillation column was built a new steel construction.

Company INTECON provide all the expertise and design work, tendering, management and technical supervision during construction implementation, participated in a complex testing and commissioning.